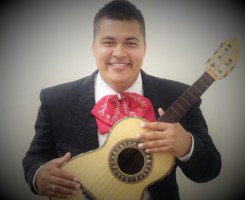 Mario Eguía began playing mariachi over 14 years ago and under the tutelage of Ruben Baldenegro, he was soon performing with professional mariachi ensembles in Mexicali, Imperial Valley, Coachella Valley, San Diego and Los Angeles areas. Mario has toured extensively in the Jalisco area performing as a guest mariachi and has participated numerous times in the Tucson International Mariachi Conference. In his years as a mariachi he has been privileged to have shared the stage with some of the most renowned mariachis such as Los Camperos de Nati Cano, Sol De Mexico, Nuevo Tecalitlan, and Mariachi Vargas.

Aside from over a decade of mariachi experience, Mario obtained an Associate in Arts in Music-Mariachi Specialization from Southwestern College in 2013. He currently attends SDSU as a music education undergraduate where he hopes to obtain his California single subject teaching credential in the near future. 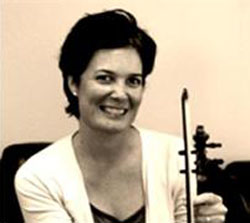 Victoria Eicher grew up in Minneapolis and began playing violin at the age of 4 in the Suzuki program at MacPhail Center for the Arts.  Victoria is a graduate of the University of Minnesota’s School of Music where she studied with Mary West, Young-Nam Kim and Lea Foli.  A scholarship recipient to the National Orchestral Institute (Baltimore), she has played under the batons of Kenneth Jean, Yoel Levi and Catherine Comet.  Before moving to San Diego in 1993, Victoria was Assistant Concertmaster in the Metropolitan Symphony Orchestra.

Currently, Victoria maintains a schedule of sonatas, piano trios, and quartet sessions with local musicians.  She has performed with the La Jolla Symphony & Chorus, Orquestra de Baja, Mariachi Champaña Nevin, Caprice Strings, and in chamber ensemble programs throughout San Diego.  In 2010, Victoria opened her home studio for private lessons in violin and piano, and joined the North Coast Strings staff as a violin coach for beginning adult students.  As the Director of the City Heights Music School, Ms. Eicher steps into her lifelong dream of bringing together a diverse selection of musicians to inspire and encourage students of all ages through music. 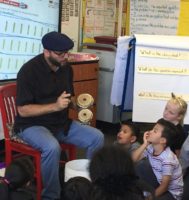 San Diego native Isaac Lewis has been performing music for 25 years and teaching music for 20 years. He began his musical career as a drummer but quickly moved on to the piano at a young age. He has toured both internationally and nationally with his band The B-Side Players who have won 11 world music awards in San Diego. Currently, as a teacher at City Heights Music School he believes music education is a fundamental element to an individual’s development and gives a promise to all students of receiving a comprehensive and complete musical experience. 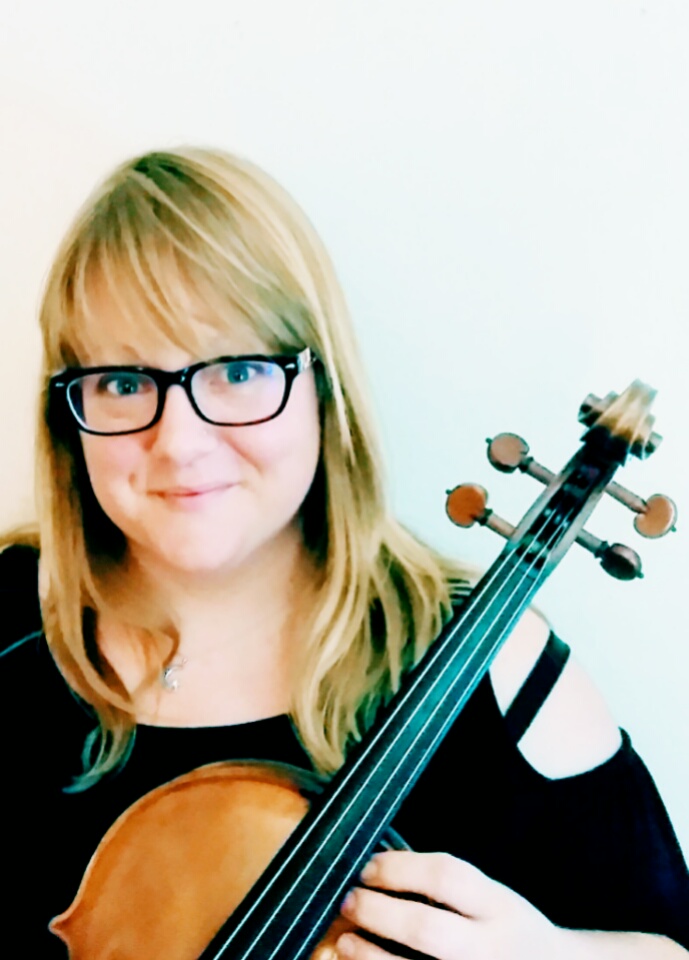 Shannon Yandall is a talented musician and strings teacher who shares her love of music with students of all ages across San Diego County. Shannon maintains a successful private studio and is an experienced classroom teacher having taught instrumental music in many area schools and districts including: The Montessori Institute of La Jolla, San Marcos School District, National City School District, Oceanside School District, and South Bay School District. Also, a passionate chamber music enthusiast and accomplished musician, Shannon performs frequently on violin, viola, and cello throughout Southern California. Shannon is the founder of String Savvy San Diego and violist in the San Diego String Quartet. Undaunted by music of any genre, she maintains a busy schedule between rehearsing, teaching, and performing in chamber ensembles, orchestras, and live music events across the county.

Ilana believes:  The more music and art, the better the world!  I play percussion. My forte is rhythm.  For the last few years I have been teaching Capoeira, an art form that includes singing, clapping, dancing, and playing instruments like the agogô, berimbau, atabaque, reco-reco and pandeiro.  It is a group event from the Afro-Brazilian culture and fits all ages, shapes, and genders.

I have been working with children since 2000.  I teach kids from Transitional Kindergarten all the way to adults.  I speak Spanish, Portuguese, and French.  Teaching for me is a serious deal.  I believe that the educator is one of the most important roles in a society. I really believe in art and its possibilities.  Music is happiness, happiness is life.  My husband plays the guitar and sings. We have a Bossa nova/Samba/contemporary Brazilian duo called Bossa Lounge Project.  We play all around the city and outside of the city – from La Valencia, Stella Italian Restaurant at La Jolla Cove, to coffee shops like Kensington, Saint Tropez ( UTC), UCLA, and Los Angeles. I also play different gigs with different musicians. Flamenco Jazz at Café Sevilla San Diego, Long Beach and Riverside, R&B with Larry White (piano player and composer), and Cumbia, Salsa, and Brazilian music.